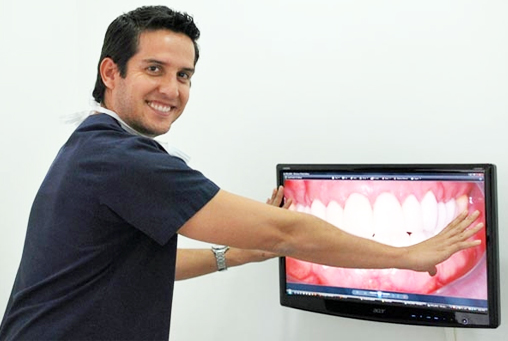 It is no secret that Costa Rica has long been acknowledged as an affordable vacation and investment destination. However, what is little known about this small nation of 5 million Ticos and Ticas is that it has become the global mecca of dental tourism; one aspect of the increasingly growing trend that sees Westerners traveling abroad to such places as Malaysia, Singapore, Thailand and Turkey to have their health care and cosmetic needs met at a fraction of the cost compared to home. Many of these places also often offer luxurious spa-like surroundings during the procedures rather than our sterile cold hospital environments. Sound enticing? It is. Sound too good to be true? In most cases, it is not.

When I decided to have 20 teeth covered in veneers, I began comparative shopping around Oahu—sticker shock, to say the least, with the average cost upwards of $35,000. Serendipitously, a friend had just returned from Costa Rica with a million dollar smile for $8,000 and explained how it all worked. I began my research and jumped into the fray … mouth first, so to speak.

Although there are multiple skilled dentists in Costa Rica who regularly work with foreigners, I chose, with no regrets, New York University-trained Dr. Luis Obando at the Nova Dental Center located in Escazu—a well-known quiet suburb of the bustling capital, San Jose, and a 25-minute drive from the airport. Dr. Obando and I consulted several times via phone—at no cost to me—before my arrival regarding the procedure, materials to be used (top-of- the-line and the same used here on Oahu), time frames and even suggestions of places to stay that fit my needs and wants. And yes, he and his entire team speak fluent English, as well as Costa Rican Spanish. So, no problemo, if you are like me and only speak Spanglish. The procedure required four office visits ranging from one to six hours, which were spread over a 10-day period. This left time for touring such places as San Jose, Arenal Volcano, coffee plantations and surrounding rainforests.

Dr. Obando is not only a master at his professional craft, he is also affable and compassionate. When asked why dentistry became his life passion, he recounted a painful story from his childhood about his own teeth.

“From that point on, I knew I wanted to help people not experience what I had.” He also keeps his fees average for the area (many dentists are now raising them due to such high demand) because, as he explained, “It’s all about karma; if I help others, my wife, son and myself will be fine as well.” Unlike some of his colleagues who chose to remain and practice in the U.S., he is committed to his extended family and friends in Costa Rica. “It’s all equivalent dollar-wise regardless of where one practices. It’s more about the priorities in one’s life; mine are here with my family.”

After reviewing all the places to stay during my dental work, I chose the Costa Verde Inn—an old hacienda converted into a 19-room bed and breakfast. Many of the other choices were American-style monstrosities and I wanted to experience more of the ‘local’ flavor. Karma was definitely on my side in this choice as the Costa Verde Inn is nestled in the mountains like a chalet, complete with fireplace, gorgeous tile, wood and local art. It is much like an adult hostel but with some of the amenities of a resort, such as a pool and Jacuzzi. More than 50 percent of the sojourners were having some form of dental procedure, which led to some interesting comparative conversations, especially around the fire at night when people from France, Italy, Germany, Brazil, Canada and the U.S. gathered to ‘talk story’ about their day’s adventures in several languages. The camaraderie and laughter more than made up for what was ‘lost in translation.’ Arturo and José (front desk and organizers) and Adela and Rosibel (chefs and room help) kept the place tidy yet homey. I would unhesitatingly stay there again; with or without the dental aspect.

Upon the completion of my pearly whites, my good friend Joan—and temporary nurse—who traveled with me during the first week, returned to Seattle. The next day, my husband flew in and we were off to the Inn’s sister property—The Costa Verde Hotel, which is located three hours away in the jungle on the Southern Pacific coast and abuts the famous Manuel Antonio National Park. The hotel boasts, “More Monkeys Than People,” which is oh so true! Squirrel and white-faced primates abound in addition to sloths and iguanas. At first it seemed a bit strange having monkeys play all over our lanai, sometimes trying to steal our cameras, and iguanas sunbathing with us around a pool. After a couple of days, though, they became just part of the ohana like our cats at home. The multi-tiered hotel is a massively lush property that’s divided into five sections—each with its own pool. Except for artfully etched tiles and a few wooden signs with arrows, there are no demarcations from one section to the next. We certainly could have used some nacho crumbs to find our way back to our ocean view bungalow a few times. This, however, is no complaint as it only adds to the sense of being in an isolated jungle, much like in the TV series “LOST.” Yet, it was comforting to know that room service was only 60 or so stair steps away. The views from this craggly Pacific retreat rivals some of the best in Hawaii, so much so that we just had to Jet Ski and snorkel around the jagged-cliff coastline. As one of our friends says, “all beaches and waters are different around the world; be adventurous and give it a whirl.”

Speaking of “LOST,” one of our goals during this equatorial dip into the unknown, aside from my teeth, was to actually meet Allen Templeton, the elusive and eccentric 57-year-old proprietor of Costa Verde Inn and Hotel, and owner of two converted and coveted planes. One of them he turned into a luxury suite at the hotel, the other hails from the days of the Iran-Contra debacle, and has been transformed into the bar/restaurant—El Avion. Well, call it serendipity, synchronicity or whatever, but it reared its magical head again. During our last night in Costa Rica, we walked by an unassuming man at a table with a laptop going full speed. (We had been tipped off that he uses a laptop much of the time). He appeared approachable and down-to-earth, so my husband asked if he was Allen Templeton. “It depends who’s asking,” he smiled. Eureka! We had found him. After we introduced ourselves, sat down, met a couple of his friends and asked a few questions, we sensed it might be time to politely excuse ourselves. No Mas-No Can. He asked “what is your hurry, this is Costa Rica?” He insisted we accompany him back to the refurbished 727 suite where he would show us exactly how he personally designed the interior into a two- bedroom suite. Magnificent is an understatement.

Allen then talked a bit about how he started his whole venture in 1972 as a Peace Corp volunteer. He unabashedly explained, “Although I know and feel helping people is good and all, I realized at the time I had more of an entrepreneurial spirit.” So, he opened a coin shop when he was 24 years old and stayed with that for several years. Subsequently, he began his property acquisitions. And, as they say, the rest is history. Templeton is a hands-on type of man. We saw him a couple times the next day and always in a truck, sweating and smiling after planting and recycling palms.

Dental Tourism in Costa Rica is so much more than traveling far and wide to have a great smile. It’s also about a world and people who live much differently than we do—it’s an expansion of vision. As Mark Twain once said, “Don’t ask what a person knows, ask where they have been.”

Pura Vida! which is the Costa Rican equivalent to aloha.

Begin your journey to a new smile!