The 2021 Annual Global Retirement Index has named Costa Rica has the Best Place to Retire in this year. The Retirement Index is the most comprehensive and in-depth survey of its kind. It’s the best way we know of to sift through the wealth of opportunity the world offers, bring some order, and help you pinpoint the best destination for you.

Our country attracts millions of visitors and foreign residents throughout the year with its tropical climate; lower cost of living; friendly locals; affordable medical care; vast real estate options; and, of course, its natural beauty.

Earning the nickname “Switzerland of Central America” this peace-loving democracy shines in a region often plagued by political and civil unrest. Costa Rica abolished their army in 1948 and pledged that budget to education and healthcare. Resulting in a well-educated population and medical access for all citizens and legal residents.

This republic is internationally known for its safety, neutrality, and commitment to the environment—with roughly a quarter of its land protected as national parks and wildlife refuges. The current democratic government, under Carlos Alvarado Quesada, is considered progressive and LGBTQ equal rights are mandated—officially legalizing same-sex marriage in May 2020. A rare policy to find in Latin America.

Once you have acquired your residency, you pay approximately 7% to 11% of your reported monthly income into the Caja Costarricense de Seguro Social healthcare system (Caja for short) and the national medical program is available to you without pre-existing exclusions or age disallowance. Residents have the option to blend public healthcare with private medical care either through out-of-pocket self-insuring or with the purchase of insurance policies. You can purchase these through familiar names like Blue Cross/Blue Shield, CIGNA, Aetna, or a Costa Rican private policy. All at a fraction of the cost compared to the U.S. You will find three JCI accredited private hospitals in the San José area, as well as numerous private clinics throughout the country. The public system has over 29 hospitals and nearly 250 regional clinics, making it easy to find healthcare no matter where you choose to settle.

A couple can live comfortably, but not necessarily extravagantly, here for around $2,000 a month. This includes renting a two-bedroom home with North American amenities, air conditioning, plus groceries, entertainment, transportation, and healthcare. If your monthly budget is closer to $2,500 to $3,000, you will find a relaxed lifestyle with every comfort you require.

One of the things you hear often from expats is how warm and welcoming the ticos (Costa Ricans) are. They are wonderful people, eager to share the magic of their culture, food, and traditions with foreigners. You will also find engaging international communities of expats who will help you through the process of acclimation. The vast majority of new arrivals say it is very easy to make friends and fit in here. Black Americans are also finding peace in Costa Rica away from the systemic racism associated with the U.S. The Costa Rican government’s official proclamation rejects all forms of racism and discrimination. 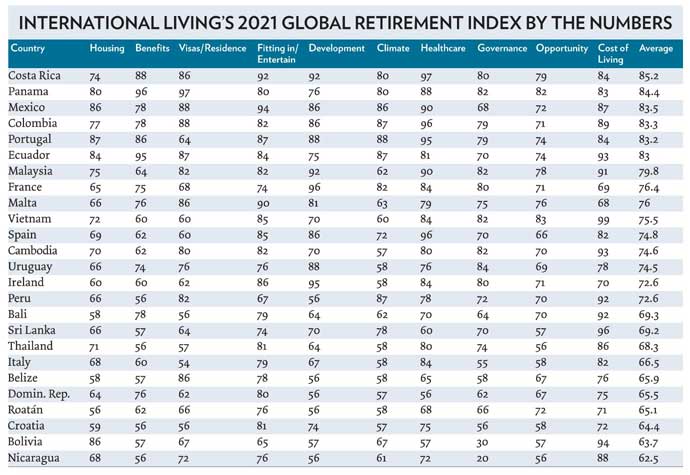 Pura Vida is a common Costa Rican phrase. Although it translates to “pure life,” this definition merely scratches the surface of a phrase deeply woven into Costa Rican culture, and used to convey anything from “hello” and “goodbye,” to “great news,” “cheers!” and countless declarations in between.

Expat, Nicole Rangel, explains it in this way, “What makes Pura Vida such a check-all statement is that it translates to more than just a greeting. It is a solution, an action, and a way of life. When you approach life with a Pura Vida state of mind, you are opening yourself up to the possibilities of life beyond what you experienced before. You are sharing together in this communal acceptance that life doesn’t have to be controlled or mandated, you can make it what you want, you can have friends you never thought you would have, you experience things you never thought possible because you are opening up to a life less complicated.

“That is why so many people come to Costa Rica and find the best version of themselves—they embrace a new appreciation on life. It is just a bonus that it is in such a beautiful setting,” she continues.

Most expats will confirm living a healthier lifestyle once they arrive. Costa Rica is an outdoor culture—with no shortage of physical activities from fishing, golfing, and horseback riding to hiking, surfing, and yoga. Plus, there are less processed foods, and abundantly healthy choices of locally grown fruits, vegetables, organic eggs, and endless seafood and grass-fed beef. It is no surprise to hear reports about expats having shed unwanted weight, taking fewer prescription drugs, and overall better fitness of mind, body, and soul.

This revelation should come as little surprise since Costa Rica possesses one of only five “Blue Zones” on the entire planet—located on the Nicoya Peninsula in Guanacaste. These zones were discovered by National Geographic scientists and longevity researchers in the early 2000s. They consist of regions that have an unusually high population of centenarians (100+ year-olds). Ten times greater than in the U.S. The research confirms qualities such as healthy diets, natural calcium-enriched water, sunshine, active lifestyles, strong familial and friendship ties, and faith contribute greatly to their longevity.

Costa Rica, like all of Latin America, is predominantly Roman Catholic with approximately 75% identifying with Catholicism. However, you will not find the deeply rooted religious holiday traditions you find in other Latin countries. Costa Rica is considered quite secular. The government assures religious freedom for all. You will also find Evangelicals, Protestants, Jehovah’s Witnesses, and small numbers of Jews, Mormons, and Muslims. Expats who settle in larger international communities will find English-speaking churches—primarily nondenominational Protestants.

With a dozen official climate zones and hundreds of microclimates, there is someplace for everyone’s personal weather preferences. Many people love the temperate “eternal spring” climate of San José, the capital, and the surrounding Central Valley. Or the dry, hot beaches of Guanacaste, or the lush, green landscape of the jungles in the south and Caribbean side.

Like everywhere in the world, the pandemic has dealt the Costa Rican economy a harsh blow and put strains on the healthcare system. Even so, the country remains a good long-term bet as we move toward a post-COVID world, given its natural beauty, resilient population, and progressive vision.

Begin your journey to a new smile!